Question 1: How do we draw a link between the educated women on college campuses and the problem of the lack of education for girls in third world countries?

Background / My Motivation:  The organization Girl Up raises awareness and money for the lack of education for girls in developing countries. The movement participants are mostly high school students, but college students can make an impact in this movement as well. I’m interested in investigating this topic because I’m a girl and I know how important getting an education is.

Information / Arguments: I hope to find that many college students have an interest in this topic. I also want to find more evidence that there are already similar movements on campuses. I would argue that besides Doctors and Engineers Without Borders, there should be “Educators Without Borders” or other similar programs. I would also argue that college students want to get involved in these types of activities but they can not because they do not exist.

Question 2: Why do politicians deny climate change if it is a “sure thing” according to scientists?

Background / My Motivation: I trust science because one of the goals of science is to be accurate. Also, I’m a chemical engineering major. I’ve never understood why some politicians don’t acknowledge the effects of climate change and what it’s doing to the planet. Is there some other factor or motivation involved?

Question 3: Is there really a gender wage gap in the United States? If so, what can college students effectively do to reduce the gap?

Background / My Motivation: Everyone knows the slogan, “equal pay for equal work,” which refers to the gender wage gap in the United States. This slogan is old, it has been repeated too many times, and it is hardly effective. Why hasn’t this problem been fixed by now?

Information / Arguments: I hope to find that the gender wage gap has been fixed, but it’s likely that it hasn’t been fixed in all aspects of U.S. labor. Therefore, I will argue that there needs to be a renewed and reinvigorated movement that tackles the problem and finally topples it. This movement, I will argue, will start on college campuses.

Girl Up is a club dedicated to raising awareness and funds for girls education in developing countries. In high school, I was a member of a local chapter of the club, and I was given the opportunity to attend the Girl Up Leadership Summit in Washington, D.C. From all of these experiences, I gained a lot of knowledge about issues related to girls’ education in developing countries. I learned that when women are included in the workforce, the economy of a developing country improves significantly. Furthermore, giving girls official birth certificates allows them to be enrolled in schools. Not only a national movement, this movement is important to the U.S. specifically. Former First Lady Michelle Obama started a campaign called Let Girls Learn related to the movement. As a result of the efforts of Let Girls Learn and Girl Up members and activists, the U.S. Congress passed the Girls Count Act. This law helps ensure that girls in developing countries are registered at birth. 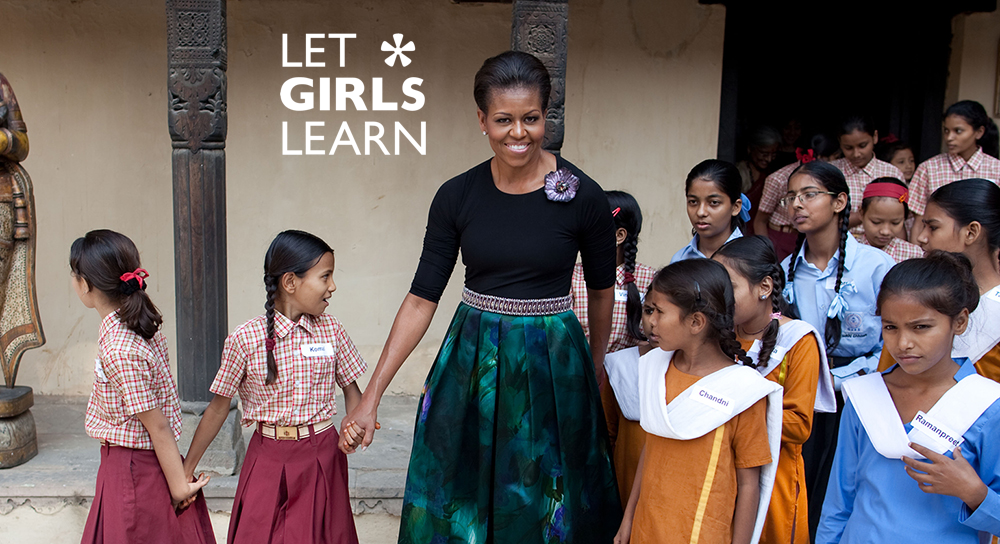 On the other hand, the students at the University of Delaware do not seem as motivated about this movement as other movements. There are not many clubs centered around promoting education in developing regions. Instead of looking at this as a negative, we can use it as motivation to encourage students to gather together to support this movement. Furthermore, this cause is easy to support because fundraisers are easy to plan. Organizations such as Girl Up take the money raised by fundraisers and do the grassroots work themselves, making it easy for anyone, anywhere to get involved. Lastly, as college students, we understand the importance of getting a quality education. Therefore, we are motivated to raise money and awareness for education in places where education is lacking. In summary, my group should focus on the movement for bringing education opportunities to girls in third-world countries because the University of Delaware does not have many similar clubs, it is easy to support, and it is relatable for college students.